Though GMO is no laughing matter, I had to laugh when I heard this alternate interpretation of GMO (which stands for Genetically Modified Organisms in case you didn’t know).

This past week I’ve been listening/watching the exceptionally well done docu-series “GMOs Revealed”. What an eye opener! Though I’ve read a lot about the subject, it strengthened my resolve to remain GMO free myself and pass along the message to you. Knowledge is power but even better is acting on that knowledge.

And you know what? Animals are known to avoid GMO foods!

They are smarter than we are. A farmer intended to conduct an experiment with squirrels and bought a bag of GM and non-GM corn each. The bags stayed in his shed because he forgot about it. When he came across the bags the mice had eaten the non-GM corn, but left the GM corn untouched.

In another study, scientists force fed mice GM tomatoes (they refused to eat them on their own). 7 out of 20 mice developed stomach lesions. Another 7 of 40 died within 2 weeks.

Just like with every hot subject, you’ll find the anti- and pro-GMO opinions. There is nothing wrong with experimenting as long as the experiment is contained until we have evidence that it is safe and healthy. That would be obvious to all truly intelligent humans. But GMOs have been spread into the environment and are taking over the world by infiltrating every aspect of our lives and our lovely planet. We don’t know the extent of change their use will create but so far, we see a steady increase of sick animals and humans parallel to the introduction of GM foods. Overuse of herbicides such as Roundup has created super weeds and the amount of pesticide and herbicide use has increased significantly.

Banfield publishes data based on the ailments they see in their patients. For

example in just 5 years (2006-2011) they have seen a 90% increase in obesity in cats (37% in dogs). Cancer rates are skyrocketing as well.  I’ve been trying to figure out why such a huge change in just a few years? It’s not like people are all of a sudden feeding their cats twice as much food. There has to be another reason and maybe it is GMO and everything that goes with it.

After all, cat, dog, horse and human food is filled with GMO produce. If you buy a bag of food containing soy, corn, wheat middlings and beet pulp you are pretty much guaranteed to feed your animal GMO food.

Here are just some of the not so pleasant facts about GMOs:

Regulation and control is lacking big time because it’s all about profit even though you will hear GMO promoters say that it will end world hunger or increase yield. Not true! In fact, the biotech industry is known to hide results of studies they’ve done and they control the studies that can be done, because they require permission to study their products.

These are a few more points illustrating the issue with GMO foods.

But here are some uplifting facts from “GMOs Revealed”:

How can you avoid GMO foods for your animals and yourself?

I don’t know a bout you, but it breaks my heart to see the damage that’s been done to this beautiful planet and all of its inhabitants.

So, please feed your animals a GMO free diet or even better a species-appropriate diet. Vote with your money! 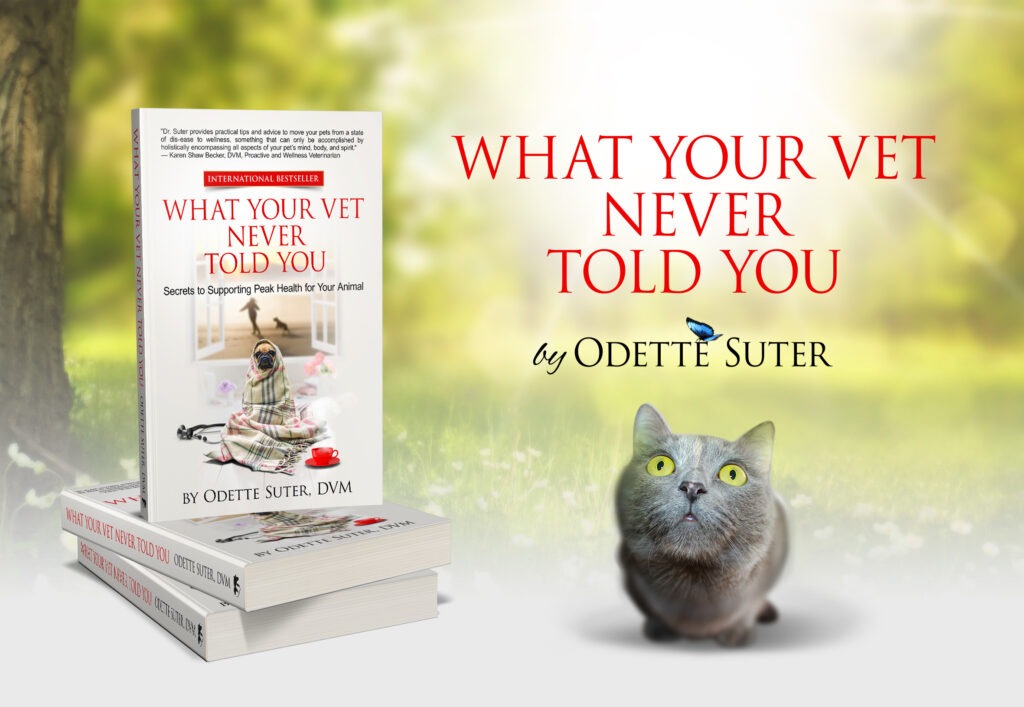